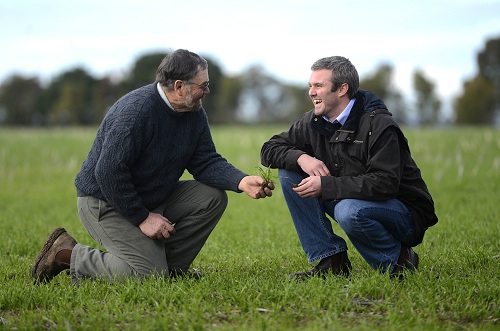 Emerald Grain has downgraded its outlook for the 2013/14 winter crop following a drier than usual start to the season.

“The outlook for Canola is falling more dramatically because it requires early sowing.”

He said the rain-carrying front moving across the continent is due to reach Victoria and New South Wales on Sunday or Monday. “There’s still enough time for wheat plantings if we get a good break. But if farmers don’t receive decent rainfall by June we could start to see some real reduction in acreage.”

Mr Dalitz said international grain markets were being driven by weather and presented an opportunity to growers who had received some rainfall. “We’re seeing plenty of volatility out there. United States corn and wheat production is still experiencing weather related volatility which is helping to support prices.

“Meanwhile, export programs for the upcoming season in Europe, the Black sea and India are being confirmed.”

“There’s an opportunity for growers to price a portion of their crop now and capitalise on prices while they remain relatively strong.”

He said growers in dry areas who were concerned about production risk could use structured cash products to participate in early pricing. “Emerald has launched a structured cash contract which offers a strong forward price but allows you to roll over into the following season, with a new price, if you experience production issues.

“It’s a good solution for growers that haven’t had that decent Autumn rainfall but still want to participate the market,” Mr Dalitz said.