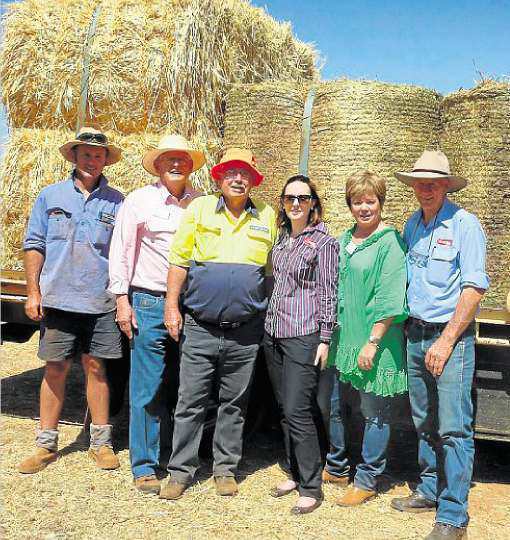 Parts of Queensland are doing it tough with drought at the moment.

Philp Brodie Grain teamed up with PBA Agrifoods to donate a b-double load of feed and grain for cattle producers.

Philp Brodie Grain Merchants Lisa Matthews and Jerry O’Sullivan helped deliver the feed to about 40 farmers and said some were moved to tears by the sign of help as it is really desperate times in some regions.

Philp Brodie Grain General Manager Tony Heckendorf said it is important for the agricultural community to support each other in times of hardship.

“Philp Brodie Grain is committed to Queensland farmers and the communities they live in. It’s heart breaking to see the situation the drought is causing to rural communities and graziers in Charleville.

“Through our Community Growth Program, we were pleased to be able to make a financial donation to the drive and also offer the time of our employees to help with the delivery.”

“Aussie Helpers does great work across Australia with drought support and we hope this drive provides some relief to Charleville farmers.”