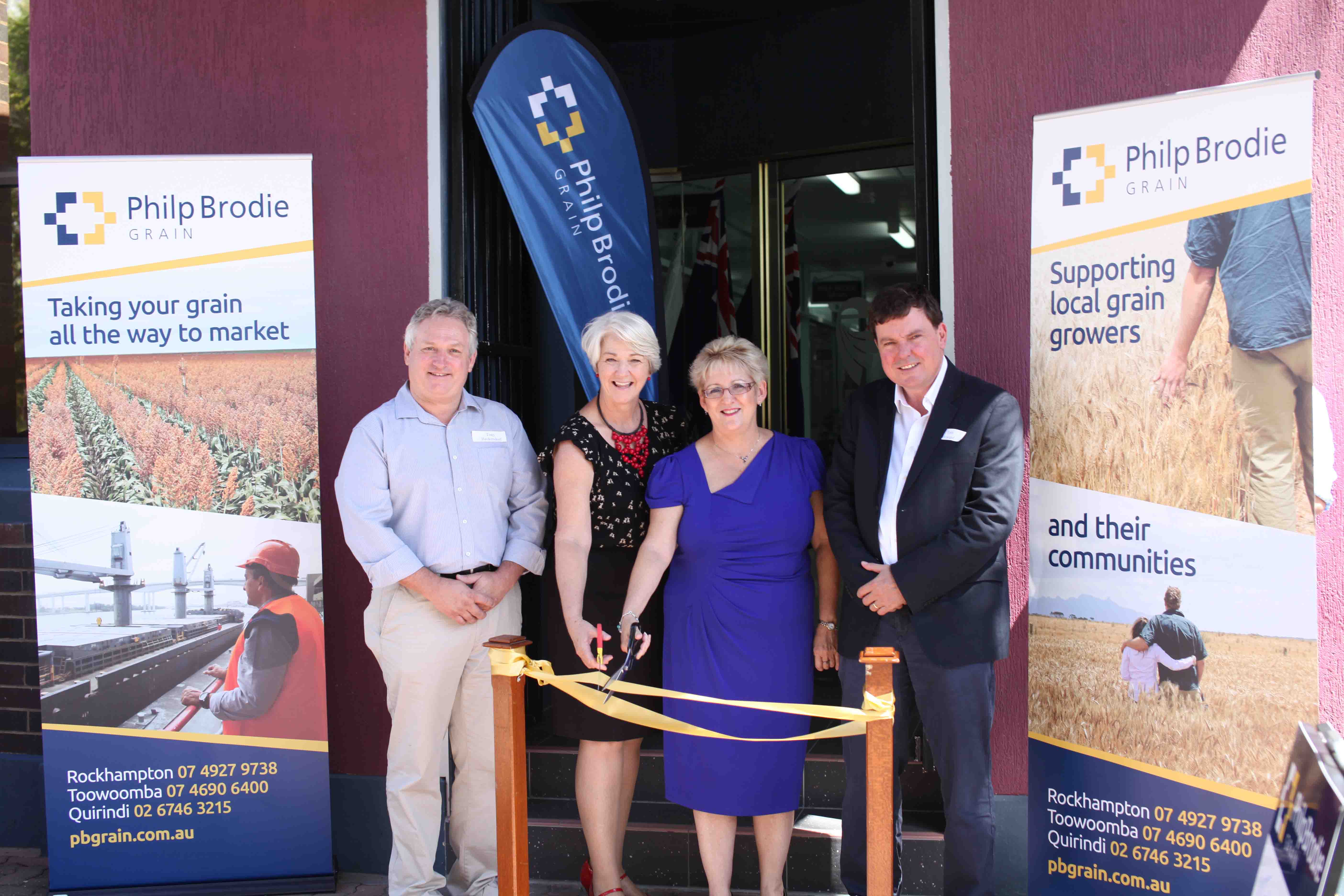 Central Queensland grain growers are set to benefit from a dedicated local grain marketing presence thanks to a new office opened by Philp Brodie Grain in Rockhampton.

Member for Capricornia Ms Michelle Landry MP and Rockhampton Regional Council Mayor Margaret Strelow were on hand to cut the ribbon and officially open the Quay street office on Friday.

Both Ms Landry and Mayor Strelow said the new grain office is a boost for the region’s economic future and its agricultural industry which until now has more typically been associated with beef production.

“Being able to work with the grain industry as well is really adding to the mix of what our region has to offer.” said Mayor Strelow

“If you just have one or two areas that you are focussing on, if there is a downturn in that, it affects the whole economy of the area.” added Ms Landry This new office is part of Philp Brodie Grain’s commitment to employing local people in grain growing regions throughout Australia to provide the best possible service to growers in Queensland. Philp Brodie Grain also has office in Toowoomba and Quirindi.

Philp Brodie Grain is part of the Emerald Grain group of companies that are owned by Sumitomo Corporation of Japan, one of the world’s largest trading houses.

“The partnership between Philp Brodie Grain and Sumitomo Corporation means that we can offer Central Queensland grain growers access to export markets across the globe with a focus on the Middle East and Asia.” said Philp Brodie Grain General Manager Tony Heckendorf.

“We are uniquely positioned to offer growers in Central Queensland the financial security and opportunities that goes with being part of a global network, along with the intimate support that comes from having local representatives on the ground, in the community.” he said.