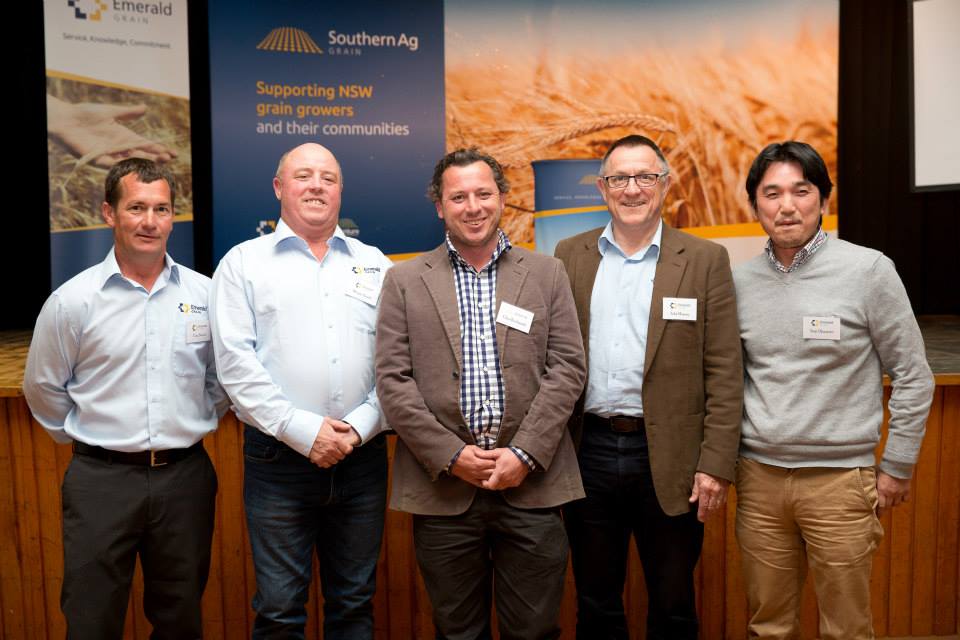 Around 80 local grain growers attended a dinner at the Ardlethan Community Hall on Wednesday 1 October to celebrate Emerald Grain’s purchase of the former Ardlink storage site.

The site and nearby rail land will undergo a $3 million redevelopment to transform it into a 120,000 tonne facility with rail out-loading capability.

Emerald Grain Managing Director John Murray showcased plans for the rail out-loading facility, indicating growers should see benefits of the investment over the next 12 months.

“Ardlethan is a key growing area for Emerald Grain and we plan to make significant improvements to the site in order to better compete for local grain.

“Our first step will be to upgrade the site and improve the facilities and equipment to ensure turnaround times improve by this harvest.

“Improvements include bunker and road upgrades as well as three new drive-over stackers and an extra weighbridge.

“Civil work will begin on the site during the next two weeks and equipment orders have already been placed.

“Over the course of the next three months, Emerald Grain will build an out-loading facility which will efficiently load grain to rail using Qube trains provided under a long-term arrangement.

“Grain from the site will predominantly be fed to the new grain terminal being built at Port Kembla, of which Emerald Grain is a partner.”

Mr Murray said connecting the site to rail in partnership with Qube would significantly lower the cost of taking grain to port.

“These are savings that can be passed onto the grower – local growers should see a more attractive bid for their grain at Emerald Grain Ardlethan in the future.”

As a gesture of goodwill to the local community, Emerald Grain presented a $5000 cheque to the local bowling club, which was razed by fire earlier this year.

“Emerald Grain has always been committed to supporting the local communities it operates in.

“We’re pleased to be able to put $5,000 towards the rebuild of the Ardlethan Bowling Club as part of our Community Growth Program.”