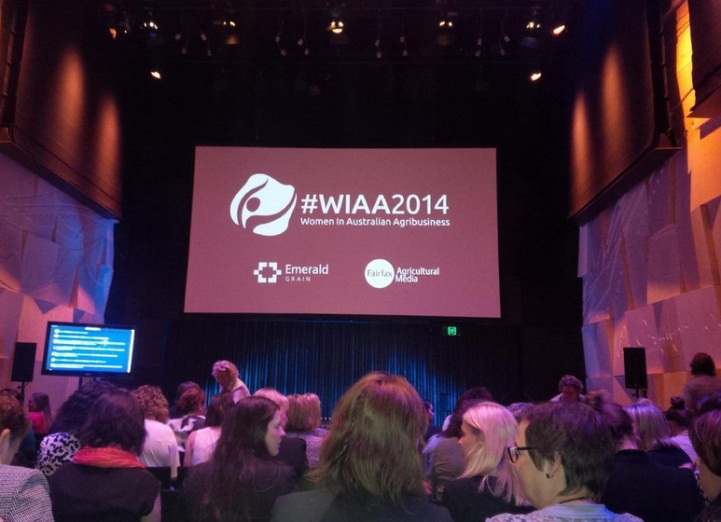 The event which attracted around 150 women from across the country showcased an outstanding diversity of experience ranging from women who juggle several farms and family, to how to manage crisis effectively, to women in the most senior ranks in the field talking about pursuing leadership roles in some of ag’s biggest companies.

It was one of those events where you really had to be there to understand the impact this forum had on those who attended.

There were hilarious moments like when Alison Penfold, CEO of Australian Livestock Exporters’ Council admitted that she has adopted a mainly vegan lifestyle in order to maintain good health while dealing with the crises the live-export industry has faced recently.

There wasn’t a dry eye in the room when the Editor of The Newcastle Herald outlined the heroic story of how this small newspaper tackled the Catholic Church to expose many incidents of child abuse that sparked a Royal Commission.

The crowd was inspired by Hayley Olsson, a young wool farmer and film maker who rallied farmers in NSW to donate bails of wool to create blankets to provide for Sydney’s homeless.

The Rural Woman of the Year and CEO of Little River Landcare group, Pip Job spoke about her initiative to address mental illness in her region. She believes that one of the most important tasks for her group is not only to ensure her regions environmental viability but to ensure the mental health of its people.

Twitter played a huge part in the forum with the social-media savvy event-goers tweeting non-stop throughout the day. To give you an idea of the level of social media interaction see the stats below that outline that nearly 100,000 twitter accounts were reached with individuals tweeting, re-tweeting and liking nearly 130,000 times. The event trended as the fifth most talked about topic on twitter in Australia for the day, surpassing the AFL’s announcement of a new coach for the Adelaide Crows.

On the following day, female grower customers and women from the grain industry trekked to the Melbourne Port Terminal for a tour and presentation from Emerald Grain Terminal Manager Travis Anderson and Assistant Manager Aaron Mato. Both gents did a fantastic job of showcasing Emerald’s terminal to over 30 captivated women. Nick Brooks and Terrie Muhlebach from Emerald’s Trading team also delivered presentations that demystified supply and demand and international markets to the group. The two days for the Women in Australian Agribusiness Forum were completely inspirational. MC, Peter Williams, the Chief Edge Officer from Deloitte Digital summed it up best by saying “we started the day with a conference and ended with a movement.”

See the video below with comments from women who attended the day: To keep up-to-date with more information about the WIAA program subscribe to WIAA News: