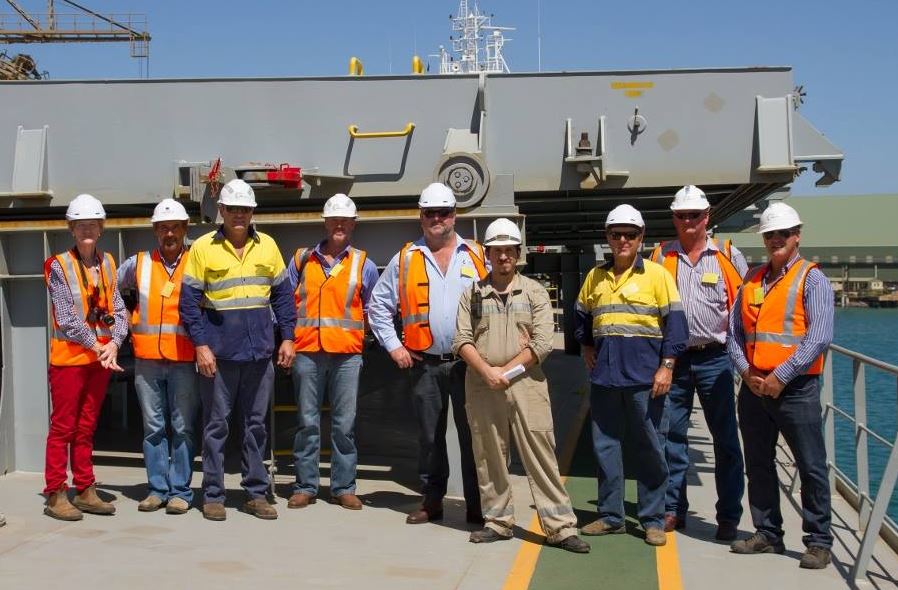 Eight growers climbed aboard as the 55,000-tonne vessel “Corinna” was loaded with Canola harvested in October and November last year.

The vessel will take about four days to load and is destined for Fuzhou in China, where it will be crushed for oil used in food manufacturing.

Brendan Rowe from Mullewa was one of the growers who contributed to the shipment after harvesting nearly 1000 hectares of Canola last year. He said it was positive to see Emerald Grain’s participation in the market.

“Emerald has supported us over the years in different ways and we were keen to continue to do business. Their price was competitive and they’ve been a good company to deal with.

“We have grown Canola for a number of years, but buyers out of Geraldton have been limited.

“Emerald coming into the market has provided more competition which has been good for growers.”

“Growers we’d worked with on wheat and barley contracts had been asking us if we could be more active in the local canola market.

“I am really pleased we could get a shipment together in such a big way. The fact that we have local people like Tom on the ground who is speaking to growers all the time and who knows what’s out there really helps.”

He said China lifted a ban on Australian canola imports in April 2013 and since then, Canola shipments to China out of the country have increased dramatically.

“Since 2013, Australian Canola growers have achieved around 20 per cent market share into China. This is testament to the quality of the product our farmers grow.”

Australian Canola production has risen steadily over the past ten years, and currently sits at about 3.2 million tonnes annually.

A survey conducted by Emerald grain around Geraldton in July 2014 revealed that about 45 per cent of the local Canola crop was GM.

“Geraldton growers have been the leaders in adoption of GM varieties in Western Australia,” Mr McCagh said.

Canola made up around eight per cent of all cereal, pulse and oilseed crops in the Geraldton port zone last year and Mr McCagh said he expected around the same amount to be grown this year.

“It’s been a really successful shipment for us and we hope to be able to continue to participate in this market in harvests to come,” Mr McCagh said.